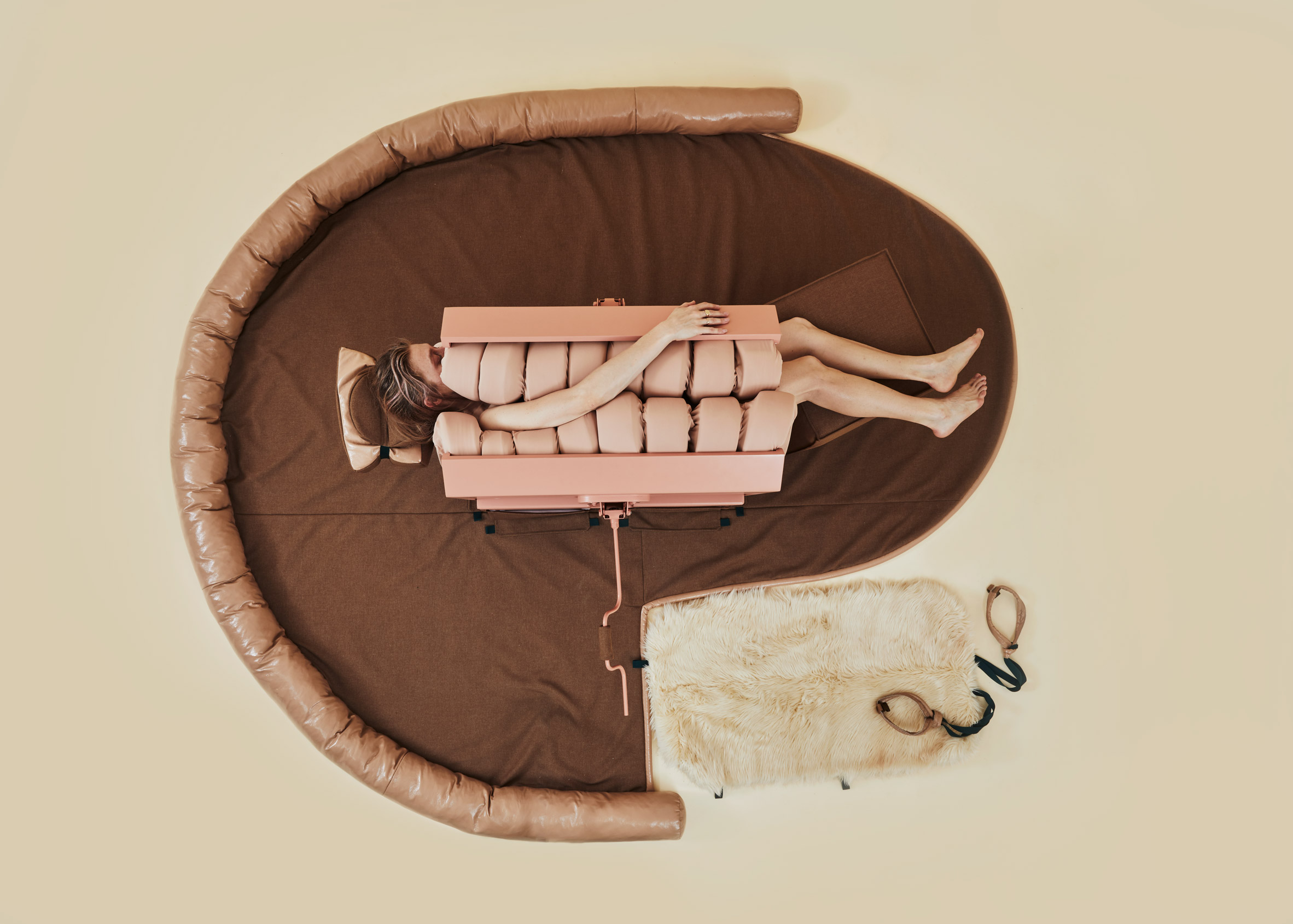 Posted at 18:38h in Uncategorized by Wandering the Future
0 Likes

When you ask people nowadays how they are doing, their standard answer is 9/10 times, busy. People are juggling with things such as school, work, family and life in general. Juggling so many things at the same time may let you feel a bit stressed sometimes. A human hug is the best cure for that.

Pedriatrix agrees, according to them touch is the first sense developed in the womb. When you are being hugged, the hormone oxytocin is released in the brain, an hormone that is in charge for promoting feelings of love and wellbeing.

Assuming a future that lacks human touch, the artist Lucy Mcrae has created a device that mimics the positive ramifications of a human hug. McRae, refers herself as a body architect, imagines a future where technology starts having an impact on a humans’ mental wellbeing. Where she wonders whether a technological touch, rather than human touch will become a solution.

The device is called ‘compression carpet’, for it to work there are two people required. One to crank it up and one to lie down inside it to be sandwiched between the cushions. Making this device as a stress antidote to improve wellbeing. The carpet is coloured with pink and brown tones which mimics skin ones that gives an illusion of human touch.

The device is currently to be spotted at a San Francisco Exhibition that explores the future relationship between human and machines called Festival of the Impossible. But also, to be shown at the centre NGV australia from now until 9 february 2020.  McRae device which is also envision the future of spa, she learned and was surprised that someone who suffers from fear of physical contact, hugged her after experiencing the machine.

We are moving towards a touch of crisis, where we are drowning with technology with result of anxiety, questioning our obsession with digital. Is this carpet increasing our quality of life and wellbeing? An antidote for stress relieve. Creating a positive behavioural consequence by maintaining our human touch through technology. This is where art tips turn into wellbeing, they complement and push each other together. But nonetheless, we have to keep hugging and spread the love around.