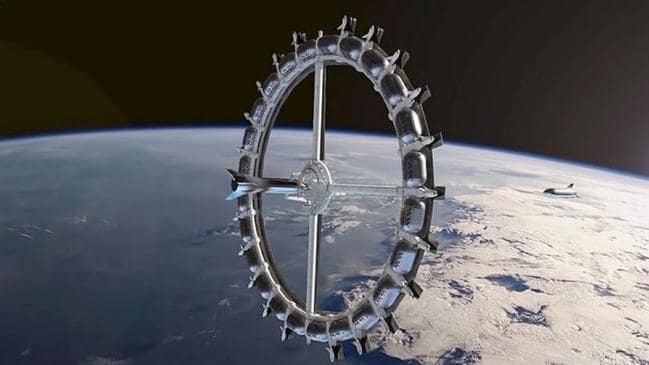 16 Sep ONE WAY TICKET TO SPACE

Holiday planning, you love it or you hate it. People travel all around the world which has been done for many years. You would say that humans have been everywhere already. But what if we tell you that soon you can go to a new destination, like outer space? As we all know, humans have been to space before, but therefore you must be highly trained. What about those who just want to visit space because of its beauty or for casual relaxation? In the future, this will be possible and that future is closer than you might think.

The space hotel will be shaped like an enormous wheel from the outside. The interior will look futuristic with a warm color pallet. It turns out that warm interiors help create ground space, which will have artificial gravity for the tourists and staff members on the hotel.

“Developments in material science now allow for lightweight, easily cleanable natural material substitutes for stone and wood that would normally not be feasible to bring into orbit. The use of fabrics, warm-colored lighting and paints, and materials with texture, all help us to connect and feel at home.” said Tim Alatorre in an interview with Dezeen. 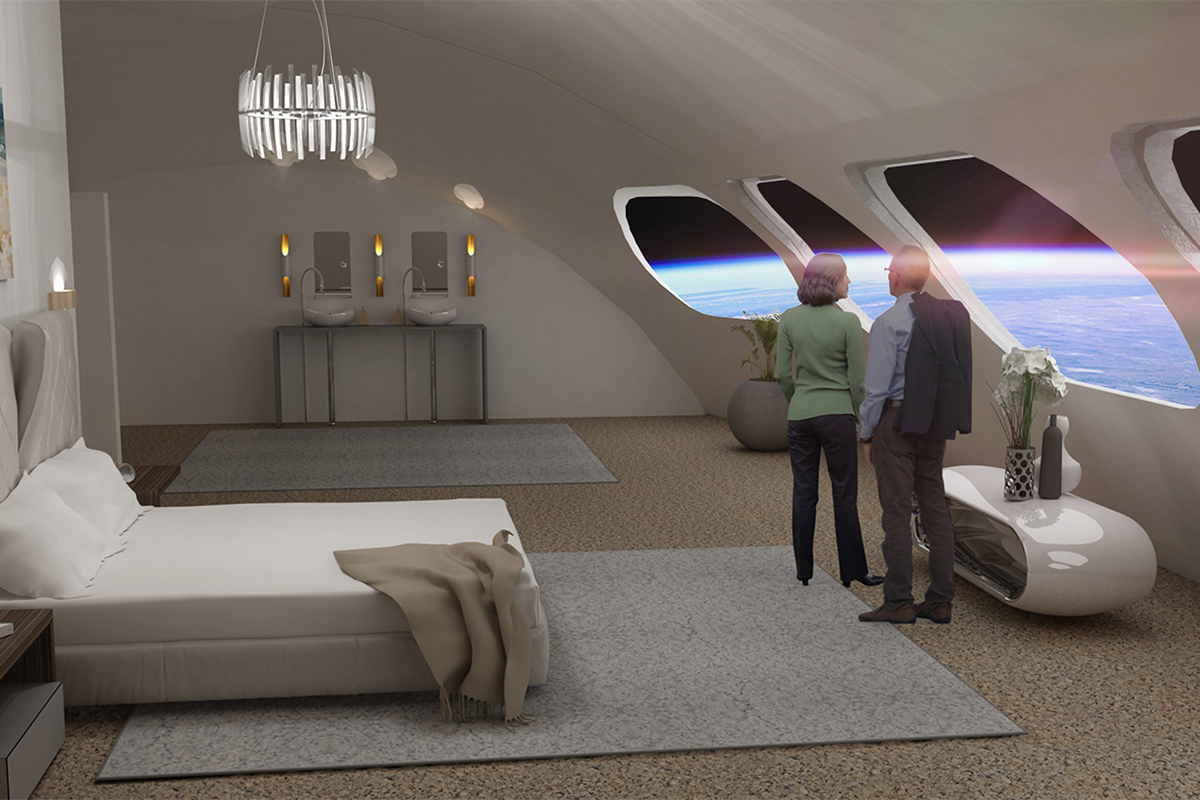 “Because the overall costs are still so high most people assume that space tourism will only be available to the super rich, and while I think this will be true for the next several years, the Gateway Foundation has a goal of making space travel open to everyone.” said Alatorre.

You might be wondering what will happen to the space waste that this hotel creates. That is where the project of designer Daan Roosegaarde will come in hand because the Space Waste Lab is a long-term program to create a new perspective on space waste. A cool fact about this is that visitors will be able to go to the toilet in the normal way, like they do at planet Earth.

So, what do you think, should we add a huge object in space for our human pleasure? Do we really want to go to space or do we just want to go there because that’s makes us more unique than the other humans who stay at Earth? A lot like these questions might pop-up in your head when you read about this project. The technique is thus far that it’s possible to create this hotel, but is it ethical to go this far away from our human ‘home’ or can we create a new home for us? It is similar to the #vanlife movement. Ordinary people who take their most important stuff and travel to wherever they want to go for an unlimited time. With that, the people who stay at Earth will have the fear of missing out of not living in space like the FOMO+ movement.

The space visitors will be different than the humans who stay at Earth. The diversity of humans will take it to the next level; the outer space identity. These humans will change their values and needs when we are in space. Now, the identity crisis on Earth is affecting all generations and they are questioning themselves who they are. Those humans have one offline version of themselves and one or multiple online identities. In space, where no other tourists have been before, you can create yet another new identity that the place has never seen before! But, do we even want to go to space in the first place? If you would want, then who are you going to be when you are in space?