13 Dec NOTHING IS IMPOSSIBLE, THE WORD ITSELFS SAYS I’M POSSIBLE

Posted at 11:08h in Consumer Trends by Wandering the Future
0 Likes

Sometimes in your life, you meet people that make an unforgettable impression on you, because of what they do, who they are, or what they say. For me that is eminently a man I met at the end of 2013, namely Ronald Ligtenberg, founder of Skyway Foundation. He did not only endlessly inspire me, he taught me that nothing is impossible, that we are all possiblizers.

Ronald is as said founder of Skyway Foundation, a foundation that empowers people with a disability by turning their restrictions into talents. Within the foundation they have several initiatives, I myself wrote my final thesis for the multi-sensory festival SenCity, which all have the same overarching goal. Namely, to create a community of people who believe they can achieve whatever they desire, despite the obstacles they might have to overcome.

“The Art of Possibilizing: Thinking and acting in possibilities, in every situation.”

I remember like yesterday that Ronald told me the story about the arise of the Foundation. “I started this idea, because I wanted to fail, everything in live went to smooth, I needed a challenge which I knew I was going to lose”. He expected people in his surroundings to tell him that he was utterly beside himself and that his plan would never work. The opposite happened, Ronald made the impossible, possible and from that moment on his main goal was clear, possibilizing.

This idea of positive limitlessness should be shared with the world, that must have been what they thought when deciding on writing a book about this heart-warming principle. The book shares the story of Skyway Foundation, their core-believes divided into ten different chapters where they tell, inspire and explain.

I am so proud of the fact that they keep on doing epic things and therewith live their own believe. It might be already over two years ago that I’ve seen them but they have a very special place in my heart, as I see them as the embodiment of our socializing world. To speak in trend language, this is Perfectly Imperfect in person, they faultlessly feel and translate the needs of a specific target group to increase their quality of life. Not by handing them pre-fabricated solutions, but by supporting and motivating people find strength in themselves.

As an foundation you are not focussed on making a big amount of profit, that often means that if you have a dream, you have to ask for help. That is exactly what they are doing as they are crowdfunding their book to help cover the print-costs. I pre-ordered a book, and if you want on to, just check voordekunst platform and make sure you don’t miss learning about thinking in possibilities.

For all clarity, as you might expect from Dutch crowdfunding platform, the book is in Dutch for now, it will be available in English later. So, for those who are swiped off their feet now, but also slightly disappointed, hang in there, you won’t be forgotten. 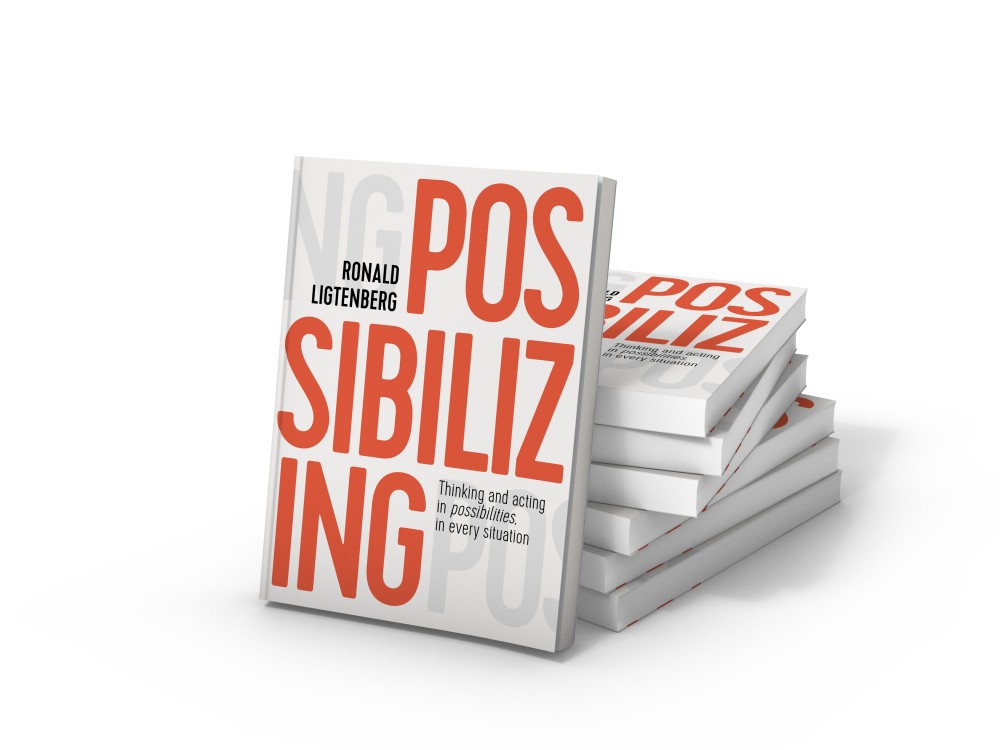