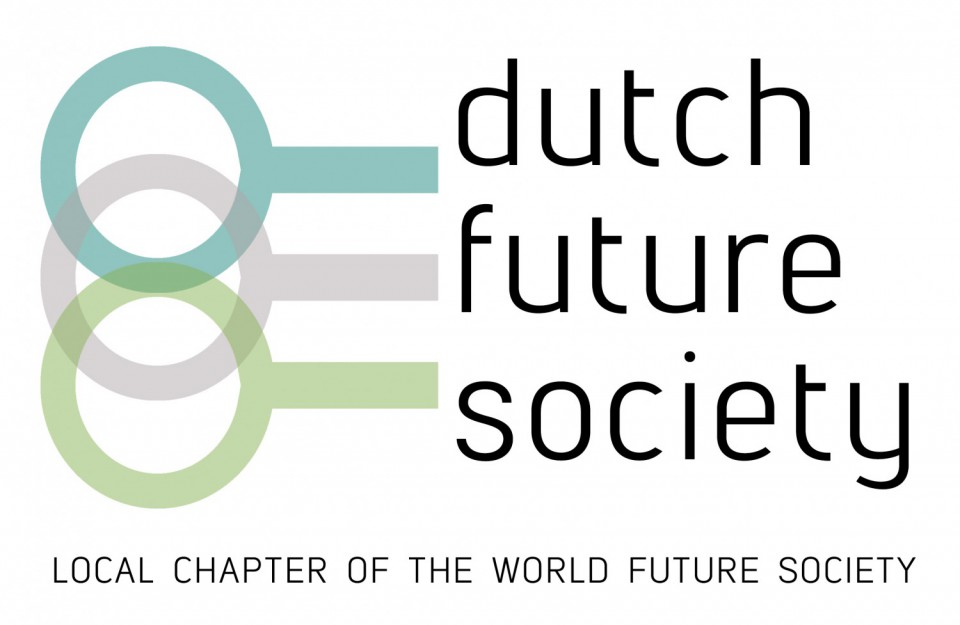 Posted at 12:46h in Events by Wandering the Future
0 Likes

A bit over two weeks ago the Dutch Future Society organized a very interesting event, namely “An Intersting Day”. I haven’t had the time before to share this instructive happening with you before, but I defenitely do not want to keep this from you, as I am pretty sure this will want to make you come yourself next time.

The day started early on the 27th of November, in cooperation with Rijkswaterstaat the Dutch Future Society organized “an interesting day” at the very inspiring LEF centrum in Utrecht. A lovely mix of young and senior professionals, moreover a good mix of trendwatchers, future thinkers and employees of Rijkswaterstaat.

An Interesting Day’s focus was imagination and the value of our visual culture for strategic conversation about the future. An amazing list of exiting speakers and workshop leaders  to share and discuss the latest ideas in foresight, trend research, and other future oriented professions made me enthusiastic about it on forehand.

An early morning start means a good icebreaker to get everybody going, so after a wake-up session the crowd was cordially invited to attend the first keynote from François Jegou and Christophe Gouache from Strategic Design Scenarios. Their talk named, Visualization as an integral approach in foresight, was a real eyeopener. In their opinion it is all about making it tangible and using design touchpoints to prompt the conversation on futures. They believe we should open the debate on the futures that we want, not that we think their might be. Finally they showed some really cool tools and techniques that I am definitely going to use in upcoming projects.

This day wasn’t all about listening and looking, it was also about doing and after the presentation it was our time to get busy. With a lot of images we were send of to visualize a sustainabel future in 2035, I ended up with a big group of experienced business men. The perfect challenge if you ask me, not one of them was a trendexpert or future strategist, so I think they actually listened to some things I said, we visualized the gap between rich and poor and how those two groups could become a iterative economy. 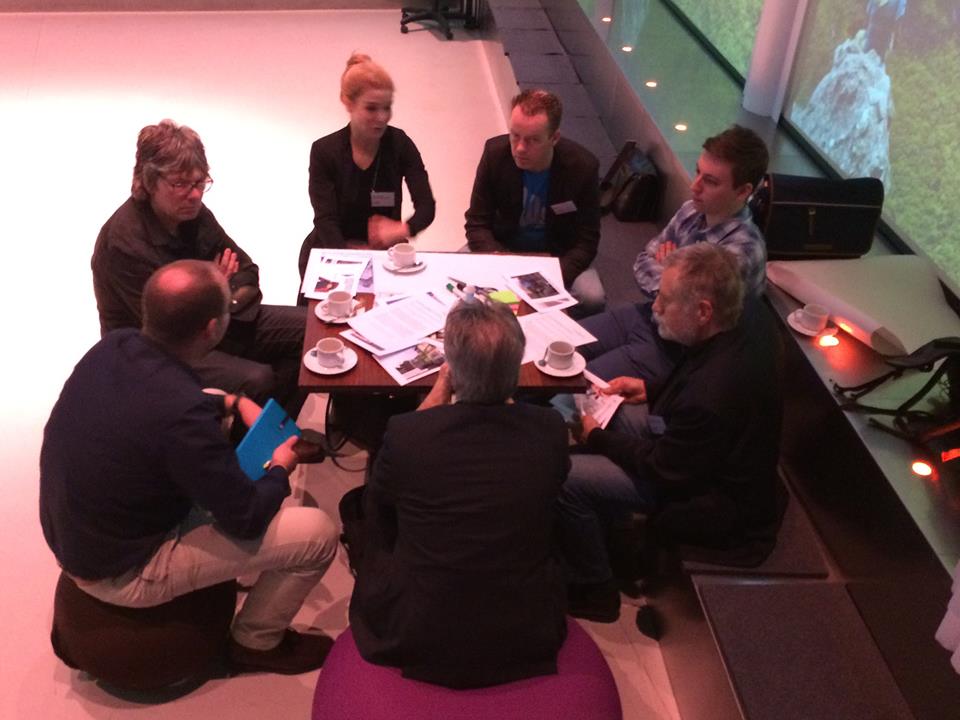 After that brain work-out and the recap of the keynote, it was time for Professor Doctor Igor Mayer  to tell us everything about the importance of play in big organizations. He used Star Treck as an example and therewith had the audience on his hand right away. The essence of Igor’s story was the make people aware regarding the importance of play. Immersive technology alone is not enough to be future proof, organizations need to become more playfull, to really understand what is coming towards them.

After a lovely lunch, it was time for the workshop sessions, there was a huge choice of informative session and I had a hard time choosing two out of the enormous diversity of themes, subjects and methodes. I picked  Ed Fennema who had a workshop regarding serious play and scenario planning. Especially scenario planning is something I am very much interested in as I do not believe in one future, but in possible futures. Ed took us on a journey to the future and explained four different future cities, developed during serious play.

Secondly I chose  Nik Baerten and Nicole Rijkens from Pantopicon Antwerp. I am working together with them on a project of Gemeente Maastricht and I was very curious to see what more they do. Their approach was very new to me, they ask us questions to find the real questions amongst their public. Moreover, they gave a lot of insight in their projects, in possible tools and methodes to use to visual the future and to make it understable for consumers. Again, very educative and usefull for my own future career goals.

Finally there was a joint seal of a long but interesting day, with a relaxing yoga excersise everybody was brought back to the now and with some drinks and bites the day was concluded.

These kind of event are amazing, not only because I’ve learned so much but also because two different worlds were brought together and learned from each other. The future thinking profession gained some ground with this event and that truly makes me happy. Now the real finally, I’ve met upo with some of my contacts and old-teachers I hadn’t seen in years, which was truly great.

See you all next year, you really don’t want to mis this again! 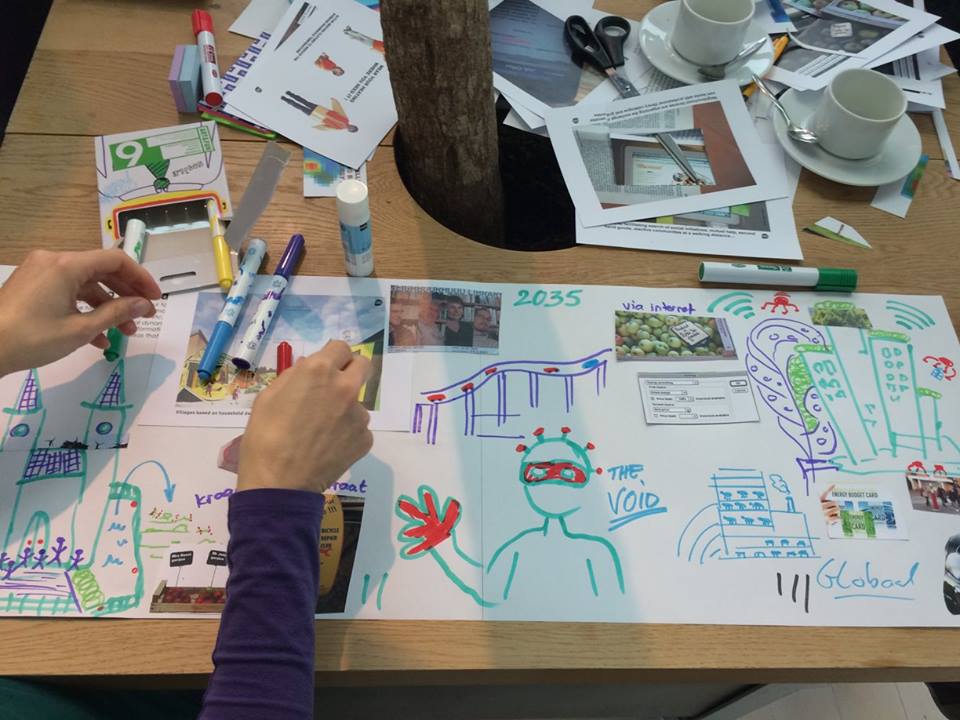 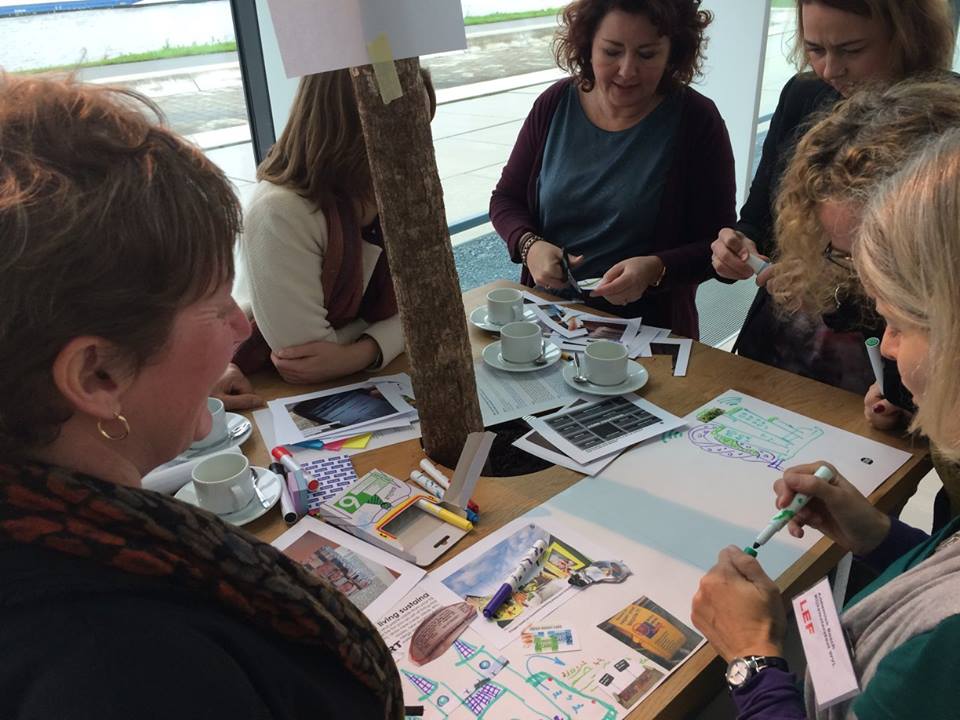 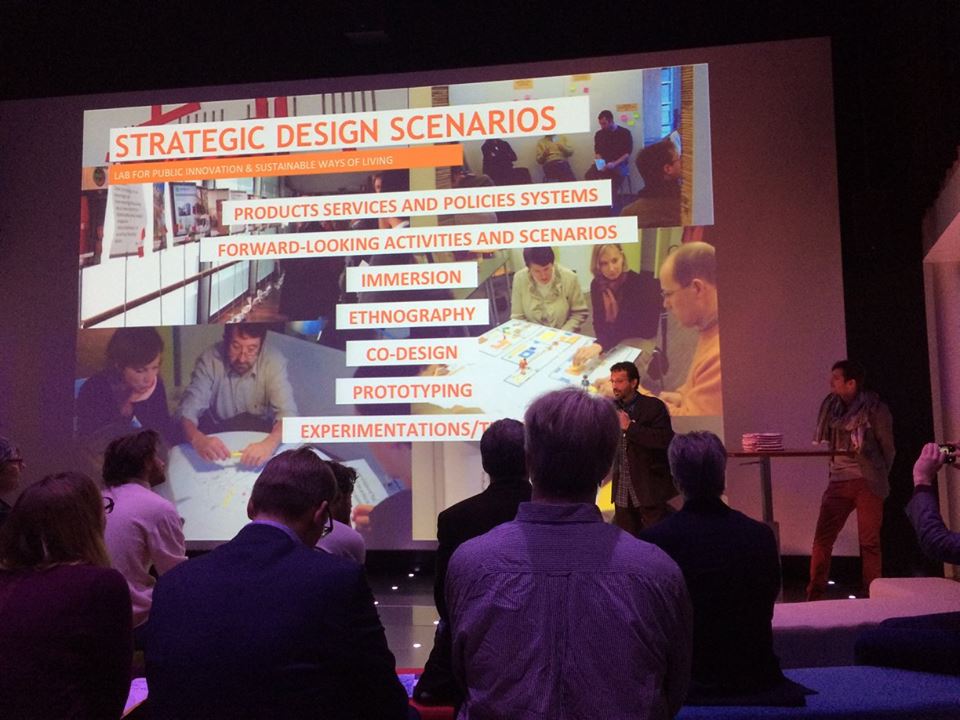 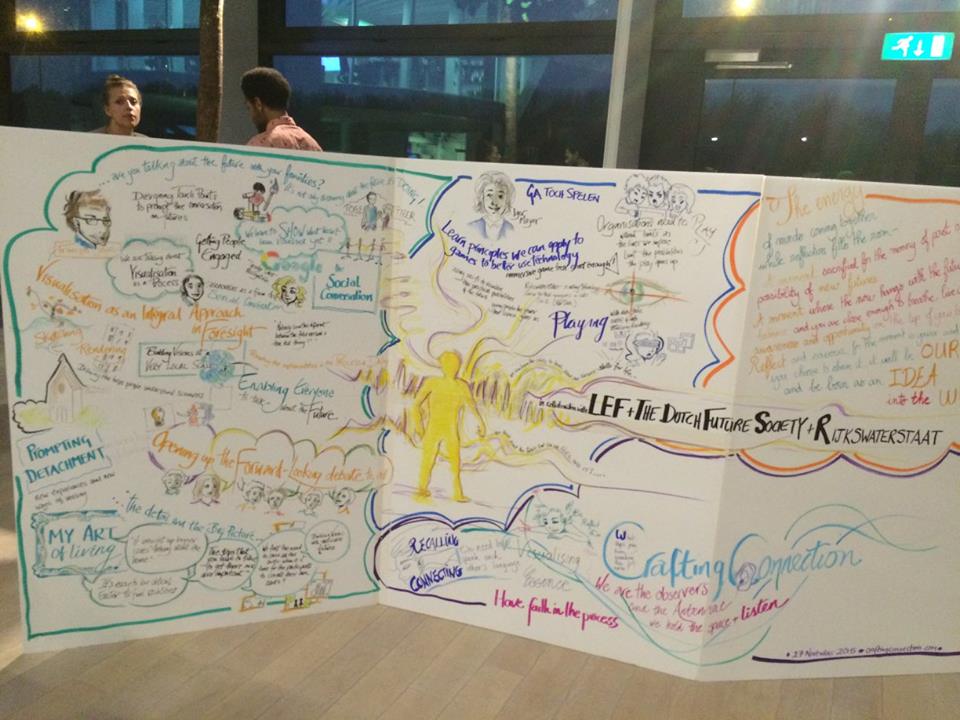