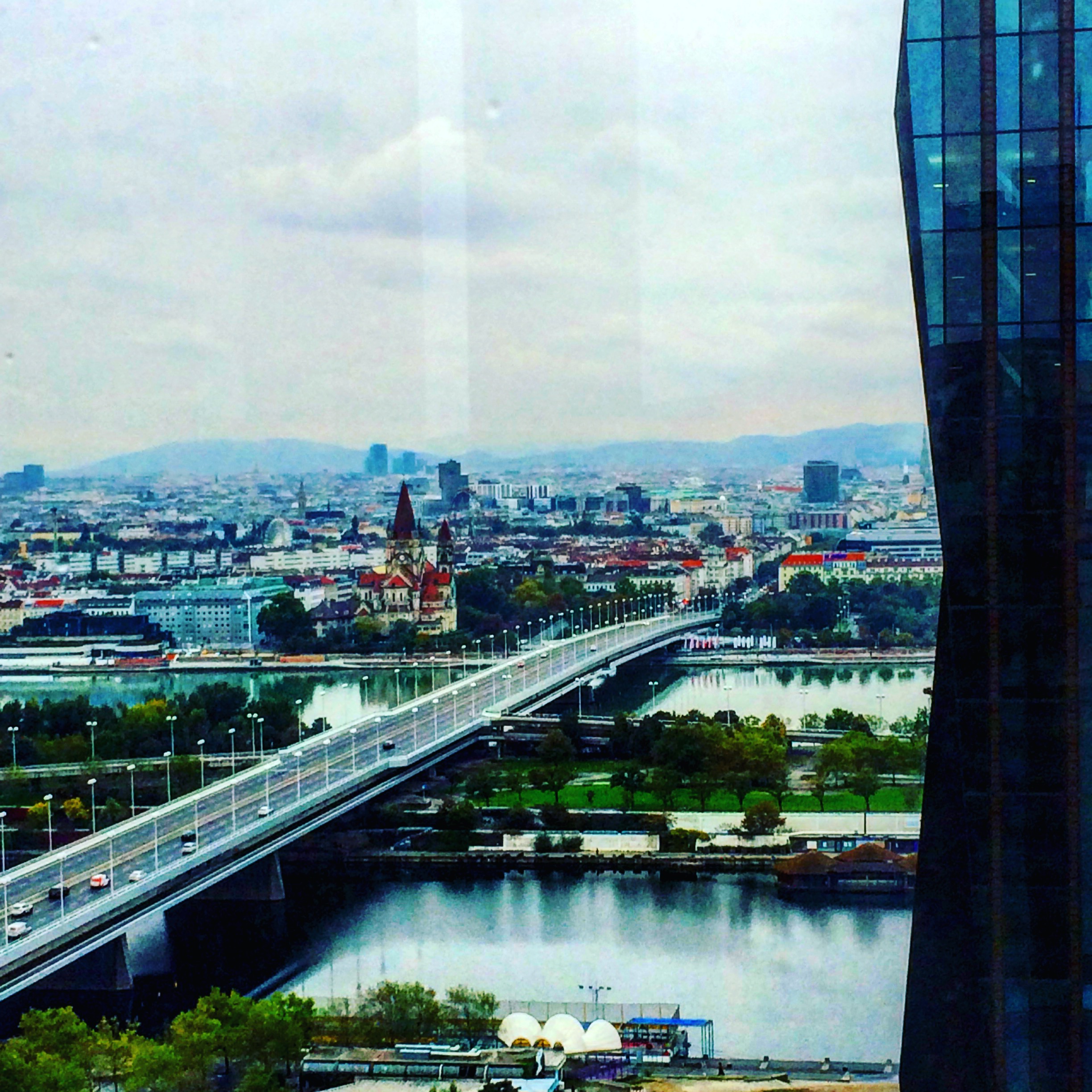 Posted at 09:03h in Events by Wandering the Future
0 Likes

Those who occasionally check my social feeds, must already know that I’m in a new collaboration with Future Flux from Wiesbaden. To begin with I am writing for them as they do so many cool things, but are to busy to report about it. So as they were at LaFutura 2015, that became the first thing I wrote about for them. As I promised you a report of the day as well, here it is, make sure you check Future Flux after you are done reading.

It was a rainy day in Vienna last week, when over 200 trend watchers, futurists and innovation strategists, from 12 different countries found their way to The Stage for LaFutura 2015. The annual, one-day gathering for those who want to understand and shape the future together.

In Tech Gate, a majestic building in the middle of Vienna’s business area, hands were shaken while attendees were enjoying an early coffee. This year’s event was hosted by 1030 innovation consulting and although everybody was relishing their great hospitality, it was time to start our day in the future.

Official welcome was given by Stephanie Cox, the moderator of the day, who did an amazing job as she kept spirits high and energy levels even higher. After Stephanie, the stage was for TrendONE’s CEO and Initiator of the LaFutura event, Nils Müller, who took us all on a journey into the future. The year 2020 to be precise, to give us an insight in how technology will change our experiences in tomorrows world.

Last keynote before the first break came from Professor Hans-Willi Schroiff and was a very interesting one as he spoke about our attitude shift from market research to trend research. Music to the ears of the future thinking audience.

After exchanging thoughts and visions about the first act, we were ready for more and luckily for us, there was more to come. Disruptive Innovation – The future of Mobility was the topic of the Panel Discussion with several Austrian Experts from the industry. It was an interactive discussion whereby the audience triggered the panel with bold and challenging question, just the way it’s suppose to be.

While still recovering from his partaking in the panel discussion, it was up to Professor Johann Füller, CEO of Hyve the Innovation Company, to introduce a new consumer attitude; “Crowd everything”. Where he presented the power of the people as a result of our digitalizing world.

Enough male presence on stage, Verena Kuen CEO & Founder of Innovation1030, must have thought when she took her moment to explain how she believes “we are like water” in her talk about “the secret of liquid organizations”. Although she might have been the last talk before lunch, it normally takes a lot of effort to please a hungry crowd, Verena had everyone’s attention when she asked; “why the hell do we need companies?” to underline her vision regarding liquid structures.

After a well catered lunch it was time for the afternoon program which consisted out of several stages and talks. An incredible range of presentations, from a sneak peek into 2016’s trend reports from a.o. Trendwolves and PSFK, to talks about the Future of different Lifestyles such as Food, Workplaces or Fashion. At the Disruptive Hack stage visitors could try out the latest new technologies including the Ocolus Rift and finally, at the mini sky stage they could experience the concept of insights in an interactive exhibition with 1030 Innovation Consulting.

The end of the day was in sight when the word was Vanessa’s, senior strategist at WGSN. The most well-known fashion, interior and beauty foresight agency worldwide. For those who might think another keynote would be too much after all the previous ones hasn’t met Vanessa Belleau yet. While dancing she took the stage, and her energy level woke up the crowd immediately.

Finally, next year’s hosts Brian Tong and Chenglong Sun from B-side Singapore convinced us that everyone wants a piece of Asia with their inspiring talk regarding the new and upcoming countries in Asia. It might come as a big surprise but it isn’t China you have to watch; it is countries like Vietnam that are the future leaders of Asia.

Lastly, before festive cocktails were served to celebrate another successful and inspiring laFutura event, The LaFutura Network was shortly introduced by Nils Müller. This new global trend network has been developed to bridge the gap between trends, innovation and tomorrow’s opportunities, but we will tell you more about that another time.

As Nils Müller said; “We shouldn’t forget, the future is not given, let’s shape it together”. See you at LaFutura2016 in Singapore.