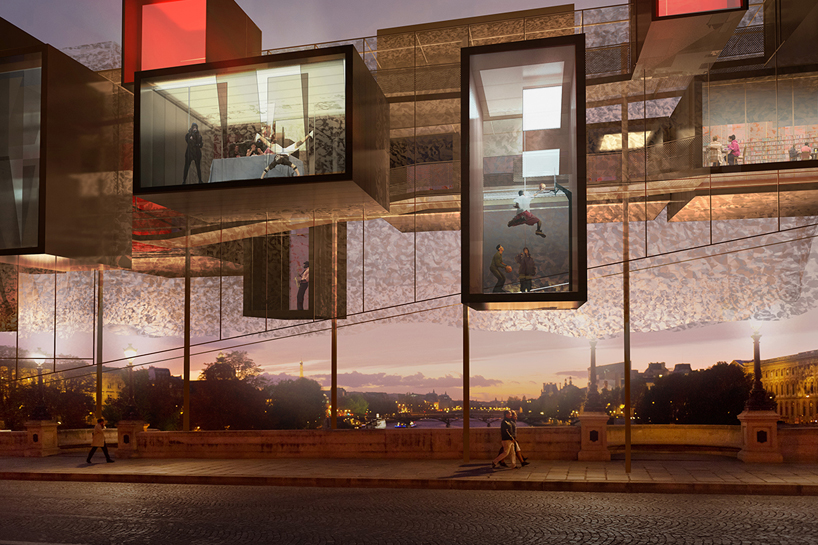 Posted at 10:19h in living by Wandering the Future
0 Likes

Urbanization is taking over our cities, sounds reasonably logic, but that doesn’t offer us a solution for it. More and more people want to live in the city, but land and space are very scarce in these urban areas. Citizens have to re-take their space.

Meet Parasitic City Micro-Metropolis P9 Ghetto-Mobile, it’s a whole mouth full, but it is totally worth it. This mini-city has been developed by French Architect Stephane Malka and can be found at the Pont Neuf Bridge in Paris.

Stephane calls his work, “voluntary ghetto“, he sees it as a futuristic solution to the overcrowded cities. P9 Ghetto-Mobile is a collection of several rooms that are movable and can be adapt to every situation by its users. “It is a city in a city” so it should be able to maintain itself.

I love the creative idea of how there is so much more we can develop to live in a crowded city, but the name got me thinking as well. “Parasitic”,  that perfectly describes what we are doing to this world as human beings, we overuse it. I’m really curious what the urban future will bring.